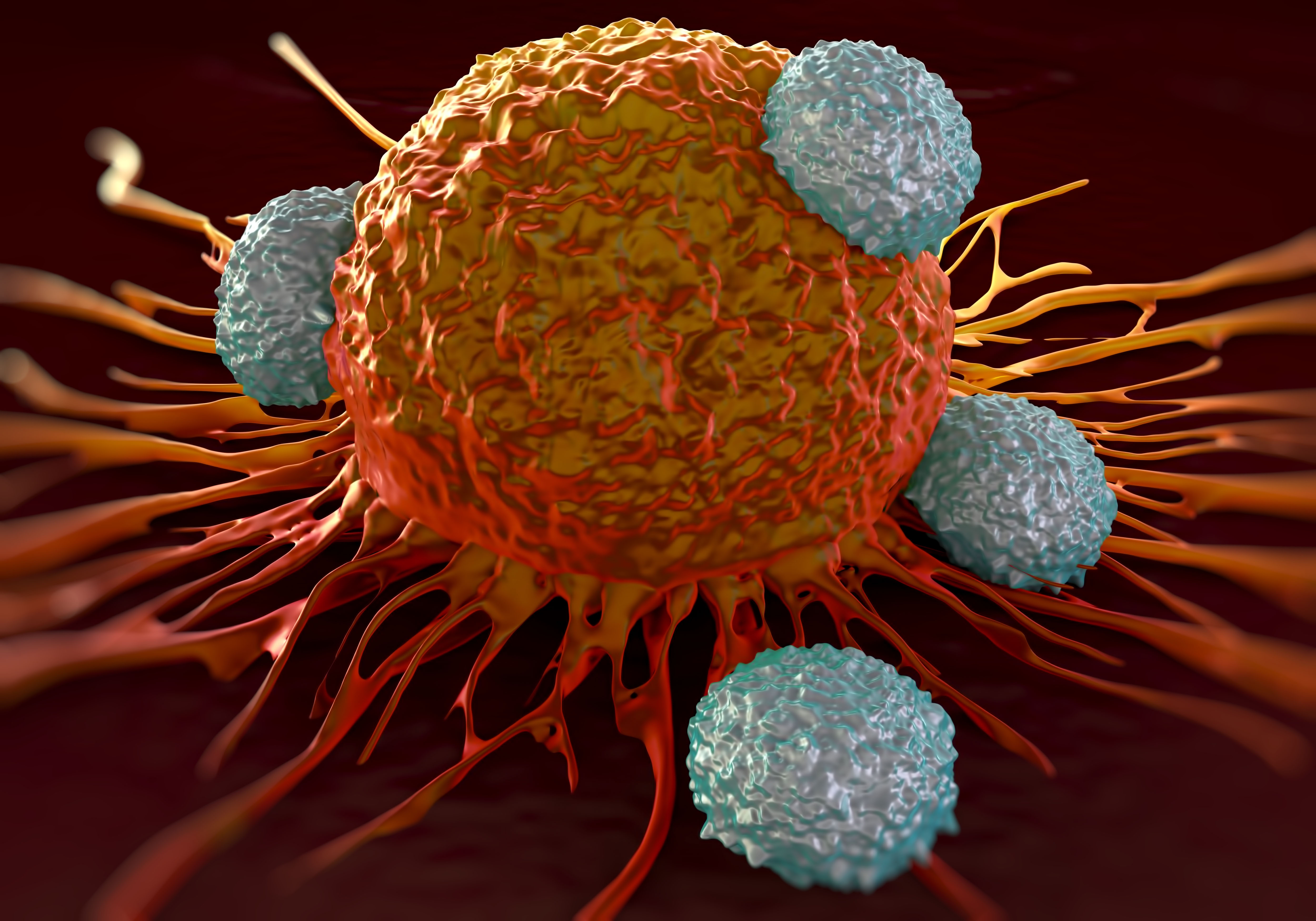 This blog describes a new method for creating vaccines against tumors. Shadi-Yunger, et al.1 have created a novel MHC-II platform by generating a chimeric invariant chain, in which the semi-peptide CLIP is replaced with essentially any tumor specific peptide. This hybrid MHC-II chain facilitates the activation of CD4+ T-cells when expressed in dendritic cells (DCs).  In this particular study, the researchers attempted to create an anti-melanoma vaccine by inserting different melanoma-associated antigens (MAAs) mRNA sequences into the MHC-II hybrid construct. The hybrid MHC-II chain is then combined with another novel MHC-I light chain chimera created by the same group. The MHC-I construct converts the light chain into an integral membrane protein by linking an antigenic peptide (in this case an MAA peptide sequence) at the extracellular N-terminus and coupling to either the membrane anchoring Kb sequence or the intracellular TLR4 signaling domain at the C-terminus. In multiple experiments, different MAA sequences were inserted into the hybrid constructs and mRNAs coding both the hybrid MHC-I and MHC-II were transfected into murine bone marrow derived dendritic cells (BMDCs) by electroporation using the BTX ECM 830 generator. These transfected BMDCs were then injected into mice bearing tumors from Ret melanoma cells, to assess the anti-tumor activity and T-cell activation stimulated by these modified DCs.

Selecting MAAs for the anti-tumor vaccine

Since prior studies had shown spontaneous anti-melanoma immune responses could be directed against melanocyte differentiation antigens such as gp100, tyrosinase (Tyr) and tyrosinase related proteins 1 and 2 (TRP-1 and TRP-2), these proteins have been studied to find peptides or fragments that could enhance immune anti-tumor responses. Prior to this study, the authors had tested the anti-tumor activity of two such peptides as part of chimeric polypeptide sequences, gp10025-33 and TRP2180-188. By further expanding their search using SYFPEITHI prediction software, they were able to find several other peptides for study as MHC-I MAAs. The two chosen for hybridization in the MHC-I constructs this study were TRP1455-463 (designated E120 in the figures) and Tyr360-368 (called E124) both of which bind, or are predicted to bind to H-2Db

Two different MAA peptides were chosen for the creation of MHC-II chimeric proteins. The first was TRP-1111-128 (designated E122) which was previously shown to confer immune response, and Tyr99-117 (aka E130) which was predicted to induce an immune response by the IEDB prediction tool.

Once the authors concluded that the chimeric MHC-I and MHC-II proteins were expressed and functional when the mRNA constructs were transfected into BMDCs, they performed several in vivo studies in Ret melanoma injected mouse tumor models. The results, summarized below, indicate that a melanoma vaccine will likely require a combination approach; multiple antigens and induction of both MHC-I and MHC-II responses. Furthermore, it appears that CD4+ T-cells are important mediators of anti-tumor response.